Professing to be wise, they became fools, and changed the glory of the incorruptible God into an image made like corruptible man—and birds and four-footed animals and creeping things. (Romans 1:22-23)

March 8 of every year is International Women’s Day. You can chalk it up to whatever you want that I had no idea there was such a day on the calendar until this year. I only found out because I also heard that many women participated in ‘A Day Without a Woman’ across the nation. Apparently, many businesses, including schools, were forced to close due to the high absentee numbers of women in the workplace.

I get it; women are important. You really didn’t have to convince me of that. I’m a fan. Really. Go women!! When my wife left for three weeks last year to be there for the birth of her granddaughter, I was pretty much lost, especially when it came to fending for myself regarding meals. Most men really shouldn’t be allowed to feed themselves. Certainly, women, or anyone else for that matter, can be taken for granted and their value underappreciated. My Mother was an enormous influence in both my life and the lives of all she touched. I still remember the memorial service we had for her at the First Southern Baptist Church. There were so many wonderful tributes and anecdotes from friends and family that we laughed and cried, celebrating the life of a wonderful woman. Both of my sisters and I served in ministry all our lives due to the wonderful example she set for us.

However, to say that we live in a conflicted culture which is sending mixed messages is putting it mildly. Women have fought to be seen as more than an object for years (rightfully so), and yet I’m puzzled by a report I recently read, written by Craig Gross, Pastor of the XXX Church, a ministry to those who struggle with pornography and other sexual addictions. He went to a recent showing of the sequel to 50 Shades of Grey, itself entitled Fifty Shades Darker. What was interesting from his report was that the movie was not attended by teenaged boys suffering from hormonal overload, like one would expect, but rather by women. In fact, according to Gross, the theater was packed with a crowd comprised of 90% women! Like Magic Mike and other movies of this ilk, women are streaming to the theater with their friends and coworkers to have a ‘Saturday night out with the girls.’ Sadly (I know it and you do too), some of those girls get up and go to church the next morning.

Gross attends these movies with his wife to blog and even do sermon series on the affect these kinds of movies have on our culture, but I doubt many in that theater were there for their blog, which begs the question, “What are they there for?” I’ll leave you to fill in the blanks for yourself, but for me I wonder how this promotes the message feminists are supposed to be sending to men about not objectifying women. It’s hard for me to take such a message seriously coming from someone who just watched a movie about a man who spends the entire time treating a woman like an object. It would seem to me that a more consistent message would be to protest all such theaters who would dare to show such a women-demeaning movie. I could agree with that message, even though it may be ONLY thing about which I agree with a feminist.

So, why this contradiction? Why the apparent hypocrisy? It’s not really rocket science. The message is confused because a nation that has cast aside objective truth for moral relativism is confused. When we try to redraw the lines of right and wrong, muddying black and white, we get grey. Whether it’s 50 shades or not, the overall moral tone definitely becomes darker. Why? Because when man is left to make up the rules for himself, he will always bend the lines to allow for his sinful proclivities, and since we are an over-sexualized culture, we will see more and more slack in those moral lines to allow for more extreme forms of sexual vise and perversion. While most of us are familiar with the acronym LGBT, some of us may not be aware that now the politically correct version is LGBTQ. I recently read that there is a movement to include a “P” at the end of that, LGBTQP, to include pedophiles. Are you shocked? You shouldn’t be. When we decide that it’s okay to redraw the lines of morality to accommodate our fallen nature, we should be prepared for the moral free-fall that will follow. It’s shocking, yes. Horrible, yes. But not that long ago, if you are a little older, you will remember that shows like I Love Lucy were not even allowed to show married couples in the same bed! It takes a lot more to shock us or offend our calloused sensibilities today.

The reality is if we are exposed to the same message long enough, hear about it from our various media outlets continually, and are told we are bigoted if our value system does not allow for it, we will eventually get worn down and become desensitized. Many will capitulate to the pressure. Some will even try to add it to their “Christian” worldview. Of course, none of this changes God or His immutable truth. It doesn’t change the fact that any version of marriage outside of one man and one woman is a perversion (no matter how many Supreme Court Justices say otherwise). It doesn’t change anything from God’s perspective. Right and wrong are not negotiable values we can pick and choose like ice cream flavors, no matter how many Facebook posts you see by supposed Christians condoning as acceptable what God clearly condemns as profane.

God gives us parameters in which to live our lives for the very same reason we put limits on the freedoms of our children. To protect them from harm. Contrary to popular opinion, man is not inherently good. He is a fallen being in need of saving. We need a Savior. Until we are changed through the life transforming power of the gospel, and His laws are written on our hearts, we’ll keep testing the boundaries and endeavoring to redraw the lines of what is permissible to please ourselves. It may sound like fun for the present, but regardless of what the nation’s economy does, sin always pays the same wages (Romans 6:23). As a nation, we are moving away from the safety of God’s law and embracing a progressive, secular worldview that espouses moral relativism. “Hey, everyone else is doing it,” which is kind of what Israel said when they wanted to be like the other nations around them and exchanged God and his righteous law for their neighbor’s pagan substitutes. It didn’t go well for them then, and it won’t go well for us now. Our hope is in a Savior who will do more than effect change in Washington, for it is He, and He alone, who can effect change in our hearts.

Dr. Randy Bunch is the pastor of West Kern Christian Center, located at 1000 6th Street in Taft, California, as well as a graduate advisor and adjunct professor at Summit Bible College in Bakersfield, California. He is the author of several books, including his new devotional, Immutable: Changeless Truth for a Changing World. For more information, or to purchase your copy, go to immuntablebook.com. For more information on the ministries of WKCC, you can go the ministry’s website at wkcconnect.org.

Read, watch, or listen to our media!

The Life of Faith 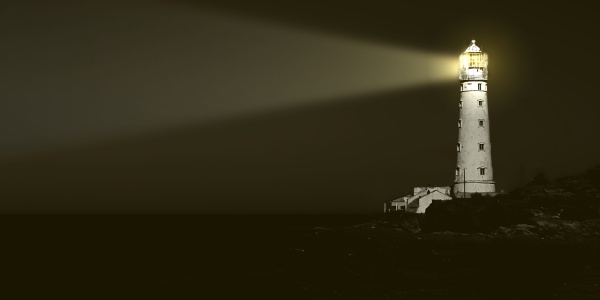