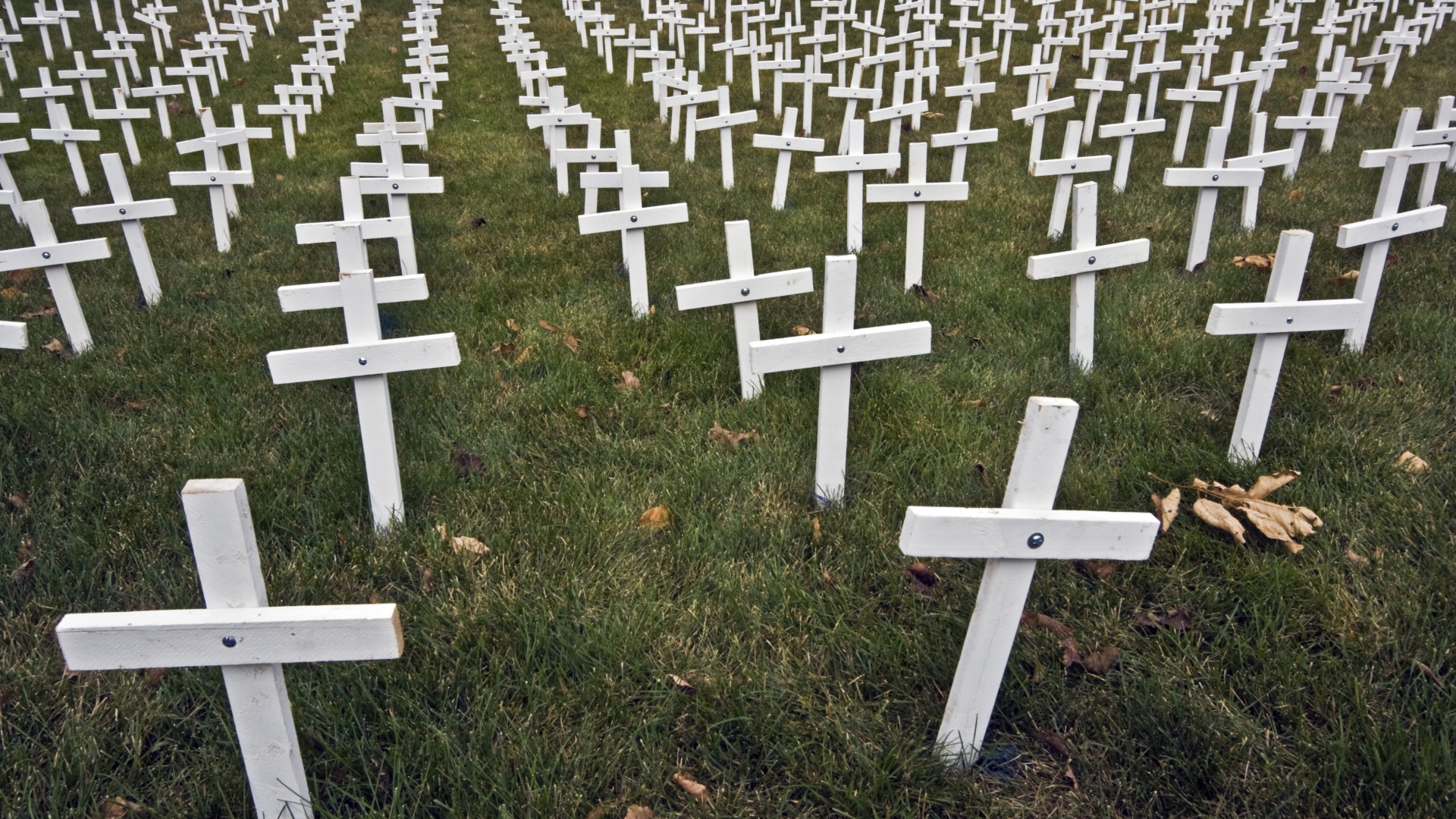 You are of your father the devil, and the desires of your father you want to do. He was a murderer from the beginning, and does not stand in the truth, because there is no truth in him. When he speaks a lie, he speaks from his own resources, for he is a liar and the father of it. (John 8:44)

Two characteristics of Satan’s nature are revealed in this passage. He is a murderer and does not stand in the truth. Murder and deception are the ethics of the devil, and they are on bold display in our society today. Before we get there, however, I think it’s important to take a closer look at this verse to contrast the satanic nature versus the divine nature of God. When describing the nature of the devil, Jesus says, “He was a murderer from the beginning.” I remember reading that once and thinking, “What beginning is Jesus referring to?” We really don’t have to wonder because the answer is given to us elsewhere in John’s writings.

For this is the message that you heard from the beginning, that we should love one another, not as Cain who was of the wicked one and murdered his brother. And why did he murder him? Because his works were evil and his brother’s righteous. Do not marvel, my brethren, if the world hates you. We know that we have passed from death to life, because we love the brethren. He who does not love his brother abides in death. Whoever hates his brother is a murderer, and you know that no murderer has eternal life abiding in him. (1 John 3:11-15)

The story of Cain and Abel go all the way back to the very dawn of man’s existence – the “beginning”. Adam and Eve partook of the forbidden fruit and died spiritually, meaning that they were cut off from the life and nature of God. It didn’t take very long for the fallen, sin nature to mature into its fullest expression: murder. Like the people whom Jesus was addressing in John 8:44, Cain was “of that wicked one and murdered his brother.” Why did he do it? The answer goes to the very heart of the sin nature by which fallen man is governed.

If you were going to find a single word to epitomize the sin nature, it would be “self.” If that isn’t immediately obvious, it will be as we go along. Satan was not always Satan. At one time He was the anointed cherub which seemed have a very high position around the throne of God. However, as the scriptures reveal, “iniquity was found in him” (see Ezekiel 28:14-15). We can see that sin caused Lucifer, the anointed cherub, to become Satan, the accuser of the brethren. But what is of particular interest for us, is how this fallen nature manifested itself in him.

For you have said in your heart:

“I will ascend into heaven,
I will exalt my throne above the stars of God;
I will also sit on the mount of the congregation
On the farthest sides of the north;
I will ascend above the heights of the clouds,
I will be like the Most High.” (Isaiah 14:13-15)

Putting it simply, the devil had “I” trouble! Sin is always self-aggrandizing. Sin always seeks to promote self and self-interests, even at the expense of another. The ultimate expression of that is to murder. This is why Cain murdered his brother. When his own works were demonstrated to be inferior to his brother’s, Cain simply took his brother out of the way. Lying wasn’t far behind. When God asked Cain where Abel was, his reply was, “Am I my brother’s keeper?” (Genesis 4:9b). Not only did he deny killing his brother; he tried to dismiss his act of murder by claiming he had no responsibility for his brother.

As we said, sin seeks to promote self and self-interest at the expense of another, with murder being its ultimate expression. Now, contrast that with the love of God. Whereas sin seeks to promote self and self-interests at the expense of another, the love of God seeks to promote others and their interests above one’s own. The highest expression of this is to lay down one’s life for another. This is epitomized in Jesus who laid down His life for us (1John 3:16-18). As believers we are to imitate this same love by living our lives selflessly, putting the interests of others before our own.

In our culture today, we can easily see the satanic ethics of murder and falsehood in display, particularly in the abortion debate. Space does not permit us to make the case for the personhood of the unborn here, but we can see in the scriptures that the unborn are always regarded as persons (see the personal pronouns David uses to describe himself in the womb in Psalm 139). The Mosaic, however, law makes God’s position very clear:

“If men fight, and hurt a woman with child, so that she gives birth prematurely, yet no harm follows, he shall surely be punished accordingly as the woman’s husband imposes on him; and he shall pay as the judges determine. But if any harm follows, then you shall give LIFE FOR LIFE…” (Exodus 21:22-23, emphasis mine).

We also used to know this is our culture. The Hypocratic oath, which all medical professionals once took, acted as the ethical mandate for doctors and their practice until 1972. It included the words, “I will give no deadly medicine to anyone if asked, nor suggest any such counsel; and in like manner I will not give to a woman a pessary to produce abortion.” There was a time when taking the life of the unborn was an undisputed act of murder. To God it still is, and as His image bearers, we too inherently know it is murder. This is why, as with Cain, we have to find lies to justify the act. Today, we simply give it another name, such as “protecting the woman’s right to choose,” or “safeguarding women’s reproductive rights.” In so doing we are once again exalting self and self-interests above the interests of the most vulnerable of persons: the unborn.

Giving murder a new name under this deceptive guise does not change what it is, nor does it heal the hurt of those women who still bear the scars of abortion. It dehumanizes the child, which is always a necessary step when a society is going to justify marginalizing a segment of society. They Nazis did it to the Jews, slaveowners did it to slaves, and now we are doing it to the unborn. Whenever self seeks to promote its own interests at the expense of another’s life, it will always call upon its old friend, deception, to cover its tracks with a clever justification. Sin by any other name still brings its wages of death, and only the love and forgiveness of Christ can heal the wounds left from following an ethic of death and deception.

Hiding behind Supreme Court rulings or cleverly crafted arguments do nothing to change the immutable principles of God’s Word, and only by returning to Him humbly and sincerely will our nation see its deep wounds healed and the blood of innocents washed from our hands. For this the Church must pray with singleness of purpose. If ever there was a “Wilberforce moment” in our day, it is now and for the unborn. As William Wilberforce fought valiantly for the abolition of the slave trade in Great Britain, so too must Christians let both their prayers and their voices be heard in the defense of the unborn in this hour. Where we stand on this issue determines whether we are following in the footsteps of Cain or of Christ, of Satan or God.

Dr. Randy Bunch is the pastor of Connecting Point Church, located at 101 Adkisson Way in Taft, California, as well as a graduate advisor and adjunct professor at Summit Bible College in Bakersfield, California. He is the author of several books, including his new devotional, Immutable: Changeless Truth for a Changing World. For more information, or to purchase your copy, go to randylanebunch.org. For more information on the ministries of CPC, you can go to the ministry’s website at connectingpc.org.

3 Replies to “The Ethics of Murder and Deceit”